In four weeks, Fabrisonic will be traveling Frankfurt Germany to exhibit at Euromold 2013.   Come by and visit us in Hall 11, Stand B 142 to meet with Fabrisonic President Mark Norfolk, or contact him at mnorfolk@fabrisonic.com to schedule a private meeting.

As published in several outlets, at Euromold Fabrisonic will be debuting a newly designed fourth axis for our SonicLayer® line of 3D printers.  As the Ultrasonic Additive Manufacturing process utilizes solid state welding, it lends itself to welding dissimilar metals.  Unlike a fusion process, UAM does not have to worry about brittle inter-metallics forming during the combination of two or more metals.  Numerous customers have inquired about using the process on a round part such as a pipe or a tapered cylinder.  Most of the applications to date are for cladding of an expensive metal onto a less expensive metal.  However, two applications actually rely on building up a 3D dimensional part using polar co-ordinates as opposed to blocky cartesian parts.

These applications have led Fabrisonic to design and build a new fourth axis that rotates underneath the traditional 3-axis motion system.  The first system is in construction right now and due to be operational in December. 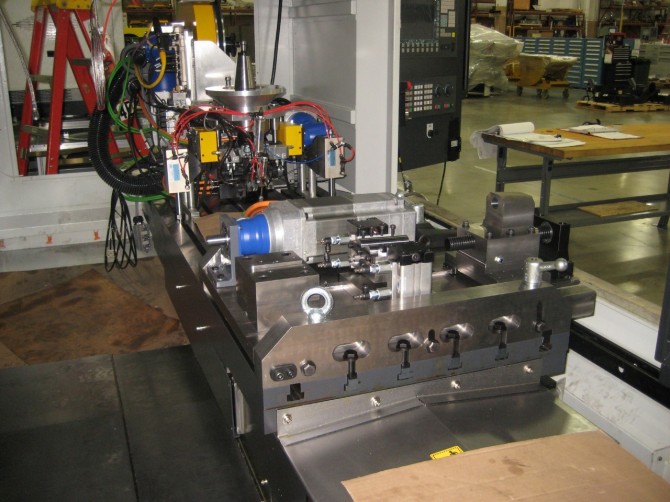