Many radio frequency devices utilize metal wave guides to transfer energy from one point to another at high efficiency by confining wave propagation to a single dimension. Wave guides are used to transmit energy to and from antennas as well as to match impedance to the transmitting/receiving devices. Historically wave guides have been made through traditional CNC machining. This limits the shape of the wave guide to a single plane. More complicated three-dimensional devices can be made with a series of interlocking machined components. However, these are expensive and time consuming to produce and assemble.

The solid-state nature of Fabrisonic’s welding process, allows UAM to readily bond aluminums and coppers that are the primary materials for 3D antennas. Additionally all SonicLayer machines are based off of traditional 3-Axis CNC mills. Thus, the welding process can be stopped at any point and three dimensional channels can be machined. Subsequently, the additive process continues to build up metal sealing in complex 3D flow paths. The x-ray image illustrates the ability for complex internal flow paths which are impossible with traditional manufacturing methods.  The combination of additive and subtractive processes allows for internal passageways with almost unlimited geometry. Internal paths can move up down, left right, and change cross section at the designer’s discretion. Additionally, the hybrid nature of SonicLayer machines enables unique cross sections that are not limited to planar arrays. 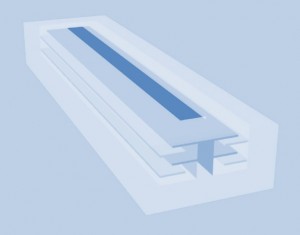 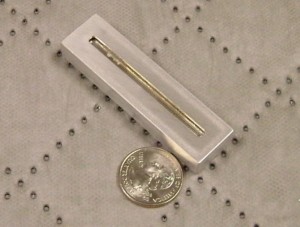 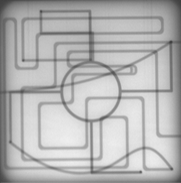