On Thursday February 7, central Ohio gathered at the annual TechColumbus Innovation Awards.  Twenty-eight Ohio businesses were nominated for the “2012 Outstanding Start-up Business” award which recognizes high-perfomance companies established within the last 5 years.  Fabrisonic was first runner up in this category last year, and this year we were able to bring home the award.  We are honored to be named as the winner of this prestigious award considering all of the great technology companies growing in around Columbus. 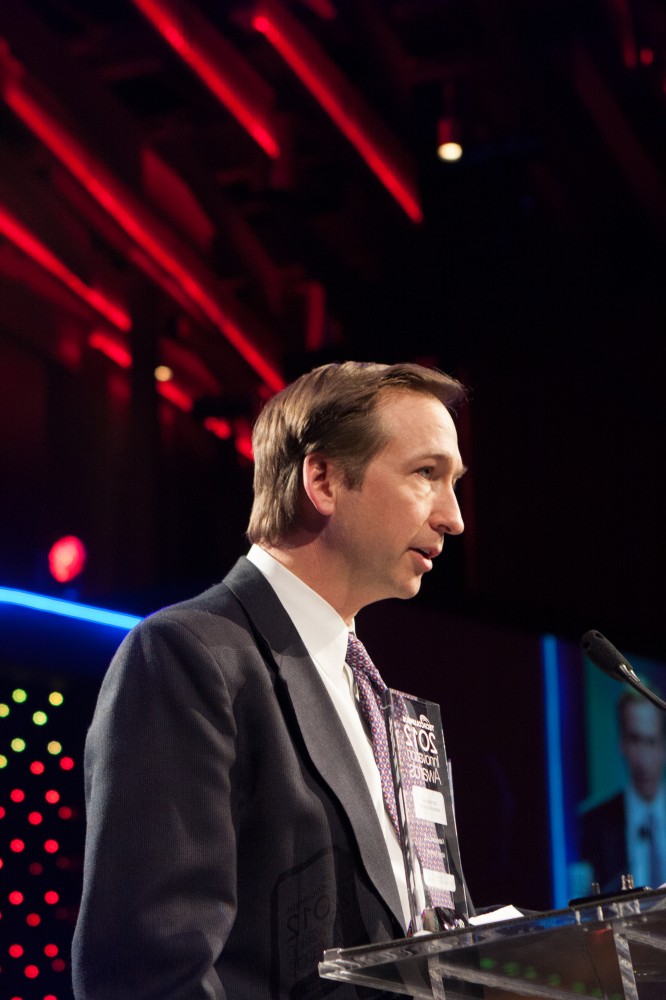 Fabrisonic Board Member, Jim Tighe, accepts on behalf of the Fabrisonic team