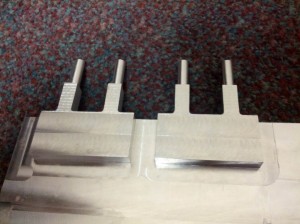 Heat from electronics is increasing in all industries including power generation, high power electronics, manufacturing, and automotive. Increasingly there is a need for very high efficiency thermal management devices that can pull heat out of a small area at higher and higher rates. Historically these specialty heat exchangers have been made through traditional CNC machining. This limits the shape of the internal passageway to planar arrays of cross drilled holes. More complicated three-dimensional devices can be made with a series of interlocking machined components using brazing or diffusion bonding. However, these are expensive and time consuming to produce and assemble. 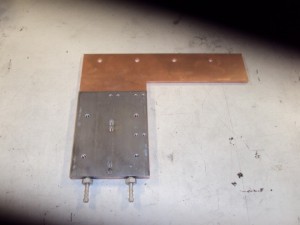 The solid-state nature of Fabrisonic’s welding process, allows UAM to readily bond aluminums and coppers. Additionally, all SonicLayer machines are based off of traditional 3-axis CNC mills. Thus, the welding process can be stopped at any point and three dimensional channels can be machined. Subsequently, the additive process continues to build up metal sealing in complex 3D flow paths. The x-ray image below (1) illustrates the ability for complex internal flow paths which are impossible with traditional manufacturing methods. 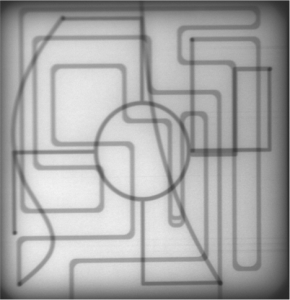 The combination of additive and subtractive processes allows for internal passageways with almost unlimited geometry. Internal paths can move up down, left right, and change cross section at the designer’s discretion. Additionally, the hybrid nature of SonicLayer machines enables unique flow path cross sections. If needed, machining can be used at every layer to tailor the shape of the path. 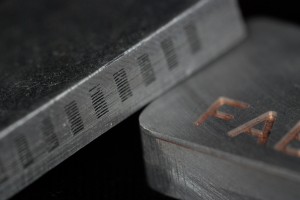